Annaatthe is an upcoming  168th Tamil movie of our Thalaivar The ONE AND ONLY SUPERSTAR RANJINIKANTH.   Which is directed by SIVA and produced by KALANITHI MARAN under the brand SUNPICTURES. The Flim has a GREATEST ACTORS Rajinikanth, Meena, Kushboo, Nayanthara, Keerthy Suresh,  Prakash Raj, Soori, Sathish and Vela Ramamoorthy.

The Music is composed by the one and only D.Imman who also composed the great music for his previous movie.

The Cinematography and the editing effects are done by the Vetri and Ruben.

Motion Poster was just released on Feb 24th of 2020. The release of the movie is yet to be announced soon. But don’t worry there are roumers of that the film might release on 22 Oct of 2020.

Annaatthe Song Lyrics will be Updated soon once the song is released. 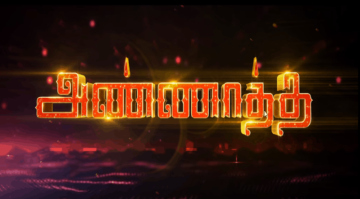